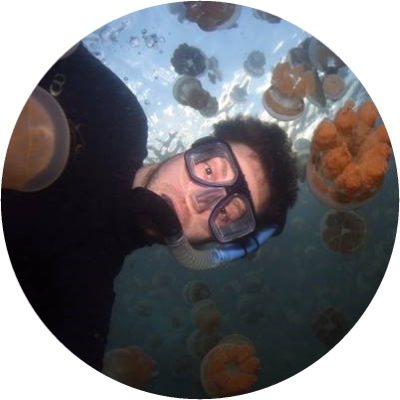 What happens when you take underwater photography and add surrealism to the mix? That’s what artist Conor Culver thought to himself years ago when he was still a student at the University of Colorado Denver. Today, he specialises in creating striking works of art that stand out from the crowd. We enter the mind of this Colorado-born talent to see what he has to say about how it all started and what inspires him.

Q: How did you end up combining your love for underwater photography with digital art?

A: I started taking underwater photos with an old MX-10 film camera when I was 16. But it wasn’t until I was attending the University of Colorado Denver (UCD) that I started to really explore photography and determined what I wanted to do as an artist. While attending UCD, I began manipulating everything and all subject matter just to expand my knowledge of Photoshop. During my final year, I laid the foundations for Underwater Surrealism, which became my thesis and, since then, defined my style of photography.

Q: Describe some of your favourite pieces.

A: My favorite piece… I can’t decide. It’s between ‘Eagle Hunt’ and ‘The Ambassador’. I love the composition of both and how the animals blend into the land scenes so well.

As for the most memorable image, that would have to be ‘The Ocean’s Hospital’, where I fit an image of grey nurse sharks against the backdrop of an old abandoned hospital. I visited one in Fort Carson, Colorado, that’s been defunct since the 1960s. The place was rumoured to be haunted and I went by myself to get the photo because I typically go alone so I can concentrate on the shot I want. I propped open the door for light since it was pitch black inside with the windows boarded up. During the entire shoot, I heard odd electrical noises coming from all over – which freaked me out because I knew that electricity no longer ran to the building. The whole time I was afraid to even look at the LCD screen on my camera, fearing I might see something that would surprise me. In the end, I got one of the most interesting backgrounds I have ever captured thanks to this shoot.

Q: What inspires you?

A: The artists that inspire me are Jerry Uelsmann, Maggie Taylor, Man Ray, Robert and Shana ParkeHarrison, Ben Boossens, Tom Chambers, Salvador Dali, Rene Magritte, Max Ernst, and Marc Chagall. I love work that challenges one’s sense of reality, and the early surrealists are a huge influence on me. Most of my ideas are inspired by the animals I find while diving. I want to tell people something about that specific creature: its name, something unique about that animal, the habitat it calls home, or what they look like in reference to an animal on land. Anything can create the inspiration for the image, most of the time it is the creature itself.

A: Years ago I created a list of animals that I’ve always wanted to find and photograph. It started with about 200 and it’s now down to around 80. Currently, the marine life I really want to find are the great hammerhead, great white shark, humpback whale, and the blue-ringed octopus.

Q: What are you currently working on?

A: There is an idea I’ve had for years: I want to create a soft coral forest with a pathway through the middle. I like the idea of the coral looking like trees, illuminating the night, with soft coral crabs hiding in the forest. I just returned from Indonesia and finally have the photos of the soft coral taken. Now comes the slow process of editing all of that into a single image, which will take a long time and a lot of patience, but I can’t wait to release it once it’s finished.

Go off the beaten track with Solitude Liveaboards

Scuba Etiquette 101: How to become a better diver

ABOUT US
GoodVis is an online scuba diving magazine that focuses primarily on the Asia Pacific region.
Contact us: [email protected]
STAY CONNECTED
© Copyright 2016-2022 - GoodVis.com